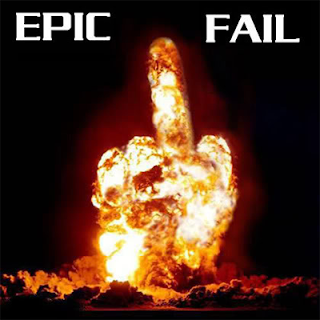 Gold Canyon closed@0,295 Friday. That’s around 50 % more than the self-proclaimed “mining investor experts” Gecko Research sold for a couple of weeks ago.

Since the PR by First Mining stated that “shareholders of Gold Canyon will receive one common share of First Mining for each Gold Canyon share held in addition to shares in a newly formed Spin-out company” and the share price of First Mining was 35 cents before the deal and is 41,5 cents as of this writing, it seems like quite a stupid move. Yes, the share price took short dive the same day the deal was announced but recovered quickly. I wrote about that in a previous post (Swedish, use Google Translate).

So why did Gecko sell?
So why sell at ~20 cents? It doesn’t rhyme? Unless of course Gecko are nothing but a couple of sloppy-pathetic-worthless-pumping amateurs with no knowledge whatsoever about the mining sector. Then it rhymes…

How is that “Usain Bolt-stock” doing by the way? You know the one they bought a zillion times at sky high prices and pumped the shit out of to all their readers when the share price was around 80 cents.